Whether it's well-known car manufacturer like Tesla or new technology companies like Google: many different companies are working on the development of autonomous vehicles. This emerging field provides a lot of potential and if you are interested in learning how to drive with an autonomous vehicle on a given map, then this course is for you.

But don't be worried about that this is another theory-only lecture series: In this course we will work hands-on and lab centered for everyone who is interested in the field of artificial intelligence, motion planning, control theory, and applied machine learning. From the very beginning we will introduce you to both a simulation environment and real hardware: Our 1/10th-scale autonomous race car.

In the 10 week course we will teach you about the fundamentals in autonomous driving and will focus on efficient racing on a given map. We will show you different methods for creating a map and localizing the car afterwards on that map. In addition we will try out different path planners to make the car more agile on the racetrack

After attending the course you will have a comprehensive overview of the perception, planning and control methods used in autonomous driving. You will be able to select the appropriate method and algorithm for various autonomous driving problems and then implement it with appropriate code. In addition you are able to program the F1TENTH Autonomous Race car to drive fast and safe around a racetrack. In addition you will learn:

This course is an integration of the concepts above and is not intended to be a beginner course in any of the above subjects. As of right now, the contents on this website are best suited for the graduate-level if not at the very least an undergraduate senior-level course. 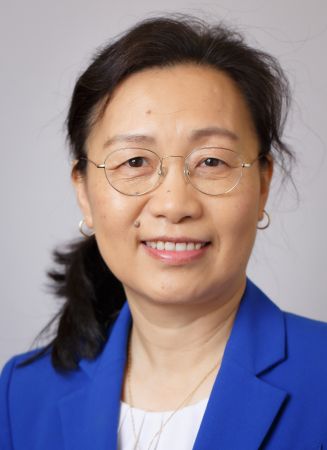 Yahong Rosa Zheng received the B.S. degree from the University of Electronic Science and Technology of China, Chengdu, China, in 1987, and the M.S. degree from Tsinghua University, Beijing, China, in 1989, both in electrical engineering. She received the Ph.D. degree from the Department of Systems and Computer Engineering, Carleton University, Ottawa, Canada, in 2002. She was an NSERC Postdoctoral Fellow from Jan. 2003 to April, 2005 at the University of Missouri-Columbia. In fall 2005, she joined the Department of Electrical and Computer Engineering at the Missouri University of Science and Technology where, currently, she is a professor. Her research interests include array signal processing, wireless communications, and wireless sensor networks. She has served as a Technical Program Committee (TPC) member for many IEEE international conferences, including IEEE Vehicular Technology Conference , IEEE GlobeCom, and IEEE ICC, and IEEE Wireless Communications and Networking Conference, etc. She served as Wireless Communications Symposium co-chair for ICC 2014 and Globecom 2012, and as Tutorials co-chair for Globecom 2016 and ICC 2018. She also served as an Associate Editor for IEEE Transactions on Wireless Communications for 2006-2008. She is currently Associate Editor for IEEE Transactions on Vehicular Technology. She is the recipient of an NSF CAREER award in 2009. She has been a Fellow of the IEEE since 2015.

What web browser should I use?

The Open edX platform works best with current versions of Chrome, Edge, Firefox, Internet Explorer, or Safari. See our list of supported browsers for the most up-to-date information.

Do i need to buy and built the F1Tenth Hardware?

The car is an additional add-on and provides you the important insight in the deployment of the software on real hardware.